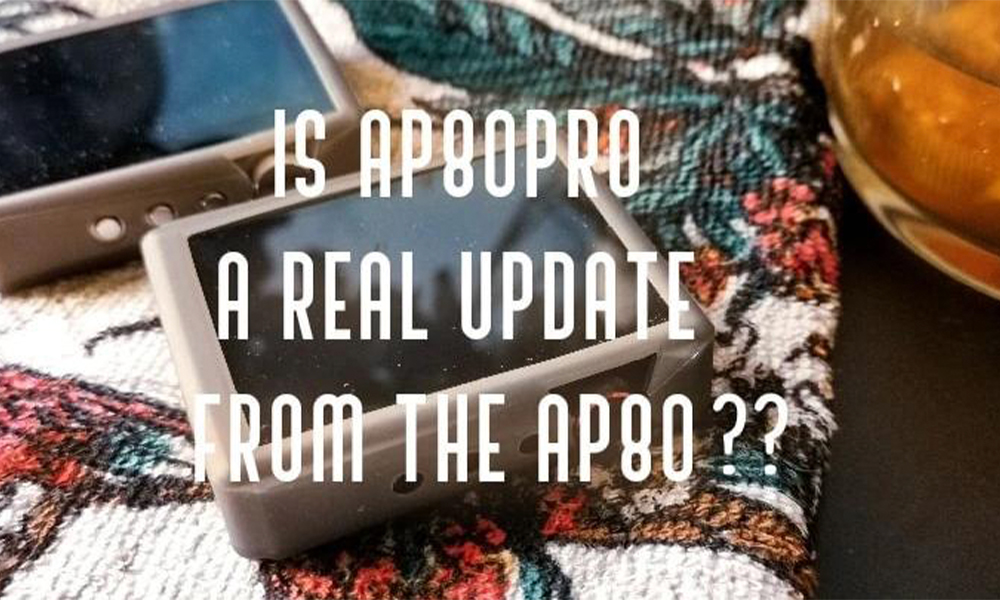 Recently, there are quiet a few discussions about Hidizs AP80 pro, which triggers us to purchase one to play with. Indeed, we have a few entry-level DAPs, like Xduoo X20, Hidizs AP80ss, iBasso DX160, or Aune M1s etc. However, we still would like to see if any difference on the “pro” version of Ap80, hence we acquire the AP80 pro and have a brief comparison with AP80.

1. Build Quality: Pro > AP80
The build quality of PRO’s body has been improved when compared with AP80, especially on the volume knob. For AP80, it is looser than that of PRO, yet PRO’s knob is somehow moveable, it is in an acceptable range.
2. System: Pro > AP80
The smoothness of PRO’s system has been enhanced as well, which the touchscreen response is a bit faster, yet it is not comparable with smartphones. (DX220... Um...)
3. Weight: Pro > AP80ss
When compared with AP80ss, PRO is lighter, yet we do not have the normal Al version of AP80, hence we cannot directly compare AP80 Pro with AP80.
4. Accessories: Pro > AP80
The included silicon case fits way better than AP80, especially the finishing on the edge of screen.
5. Output Power: Pro > AP80
Regarding single ended ports, the output power is similar with that of AP80, which the normal IEMs or 32Ohm low impedance earbuds would be easy to drive. With the balanced ports, PRO has a strong advantage over AP80, hence performs well on output power, and even the 64Ohm of Kinera Nanna sounds okay under the balanced ports of AP80 pro (with High gain).
6. Screen: Pro ~ AP80
When putting side by side for comparison, PRO’s color temperature would be warmer , while AP80 would be colder , and it could be caused by different batches of screen.

Sound Signature: (Testing with IEM JQ Elk, and earbud Simphonio D2+)
1. PRO’s tonality is similar with AP80, which leans to neutral-warmish, with no emphasis on either lows, mids, or highs.
2. PRO’s would be more transparent than AP80.
3. PRO’s would have a better detail retrieval than AP80.
4. PRO’s sonic performance would be more clean and refreshing, when compared with AP80ss.
5. Although both are entry-level DAPs, their overall performance are better than that of smartphones, particularly on soundstage, details retrieval, impact and sound density.

Bugs spotted: If some songs are started at 0 second, such as Do You Wanna Funk by Enois Scroggins, the initial note would be trimmed by AP80 pro, hopefully it can be solved by firmware update.

The Hidizs AP80 pro has done a significant improvement on disadvantages of previous AP80, especially on providing a more user-friendly experience. I am more into their tuning style, neither be dull as plain water, lean to a too warmish tonality, nor emphasizes too much on lows-mids. Instead of having a strong sonic characteristic, Hidizs is lean to a more neutral and balance tonality. As entry-level DAPs which priced at $169, AP80 pro has a high CP ratio, which AP80 shouldn’t be considered anymore, while for Mini DACs s8, um… Anyway, if only consider purchasing an entry-level DAP, just go for AP80 pro.

*The normal version of AP80 pro is already pretty good, which I would recommend the normal one under consideration of CP ratio. If given a chance to audition the AP80 pro Cu, this post will be updated accordingly.