Impact of Different Metals on Sound in Headphones and Audio Players

From the MP3+ plug era to DAP (lossless player) + HiFi headset era, improvements have been made in chip technology, sound production unit, music format, and other factors that affect music quality. Additionally, craftsmanship in headphone molding, 3D printing, audio player metalworking, has also improved by leaps and bounds. HIDIZS, a brand created by audiophiles for audiophiles has always been meticulous about the cost-performance ratio of our products, even investing in five-axis CNC machines to render our music players into full-body metallic art. For our AP80 and Pro series players, in addition to the standard aluminum alloy versions, a variety of never-before-seen metallic versions, including red copper, stainless steel, rose gold, titanium alloy, and more, have been used to break new ground in the industry.

Next, let's get into the impact of different metals of sound quality: 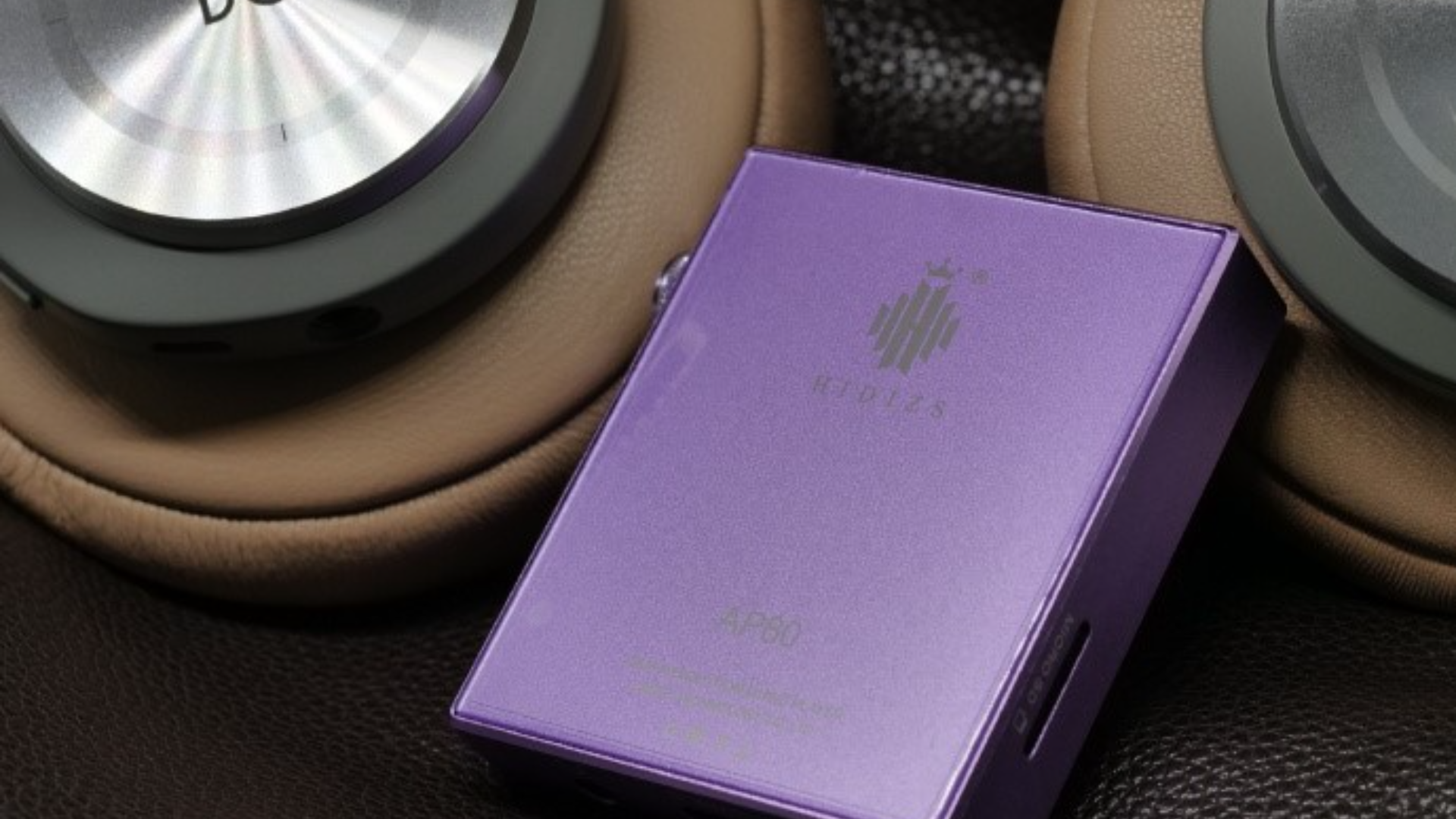 Aluminum is a metal with the largest reserve on earth, it has a light density, as well as oxidation and corrosion resistance. Aluminum alloy is made by adding additional elements to greatly enhance its physical and chemical properties. For instance, iPhone 6S started to use 7000 series aviation-grade aluminum alloy, which is highly resistant to bending despite being ultra-thin.

Where sufficiently thick, the most obvious advantages of aluminum alloy include affordability, ease of processing/coloring, stability, etc. Hence, the aluminum alloy Hidizs audio players come in a variety colors, such as the light purple AP80, the deep red, and navy of AP80 Pro; the same effect is difficult to achieve with other metals. Because of the low density of aluminum alloy, crisp sound can be obtained when it is used in headphones, while its bass and voice chamber performance puts the design of the sound-producing unit to the test. For instance, the bass on the Hidizs MS1/MS4 is outstanding. The flagship audio devices of most brands use aluminum alloy, which is standard for Hidizs, as you can’t go wrong with this lightweight, skin-friendly, and sound-conducting material. 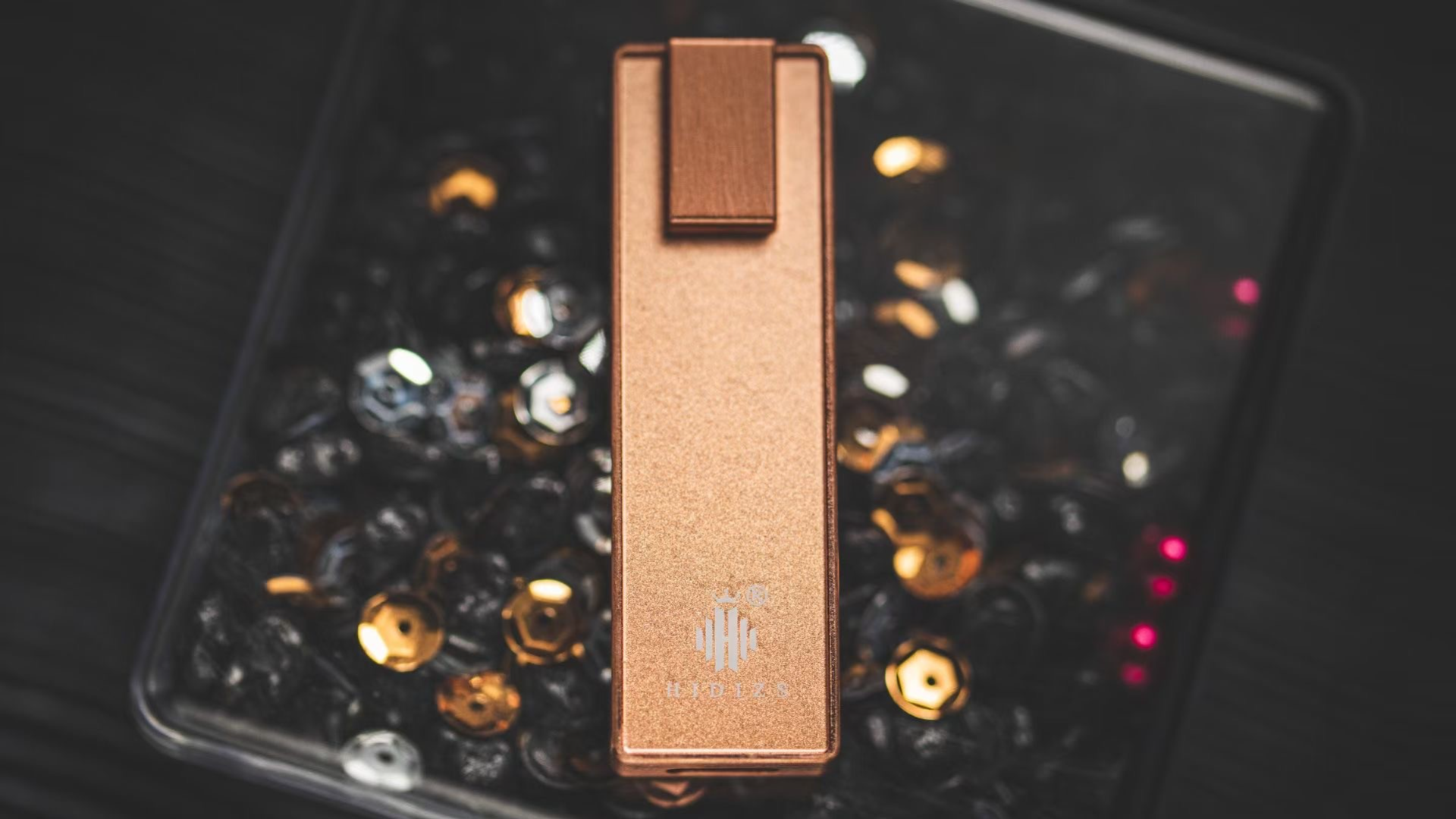 Pure copper, also known as red copper, is a material that has been used since the beginning of human civilization in metallurgy. Copper is a great electricity conductor, heat resistant, durable and more, but its hardness and corrosion resistance are less extraordinary (oxidation and humidity will turn it green or black). Hence, copper alloy is commonly used where electricity isn’t concerned.

The true color of copper is a reddish or purplish metallic luster, it will display different shades when other metals are introduced to the mix. Devices like audio players, which contain electrical components, often use pure copper, as it’s highly conductive. Additionally, headphones are constantly exposed to sweat due to their long-term contact with the skin in daily use, so other metals need to be electroplated on the copper surface for added protection. 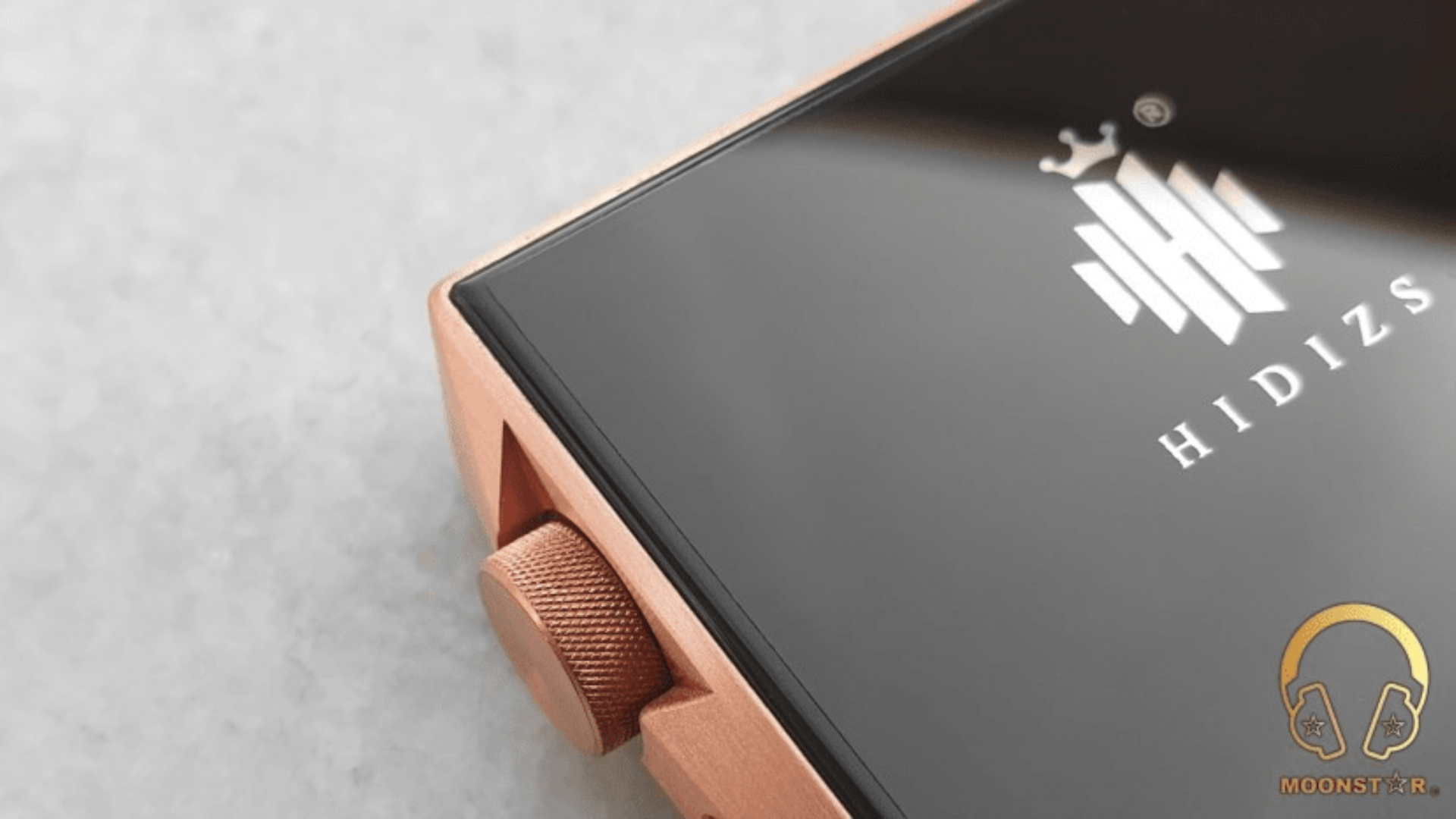 The Red Copper versions of AP80 Pro and S9 Pro benefit from the outstanding conductivity of copper, which enhances shielding against external interference, and their internal operations are stabilized by copper’s thermal conductivity. Therefore, the Red Copper Hidizs have better sound cohesion, fuller timbre, and clearer details than the standard versions. However, this has little impact on the highs/lows, which is less exciting (the Red Copper versions are heavier and prone to oxidation and wear, so it’s advisable to use with a protective sleeve). 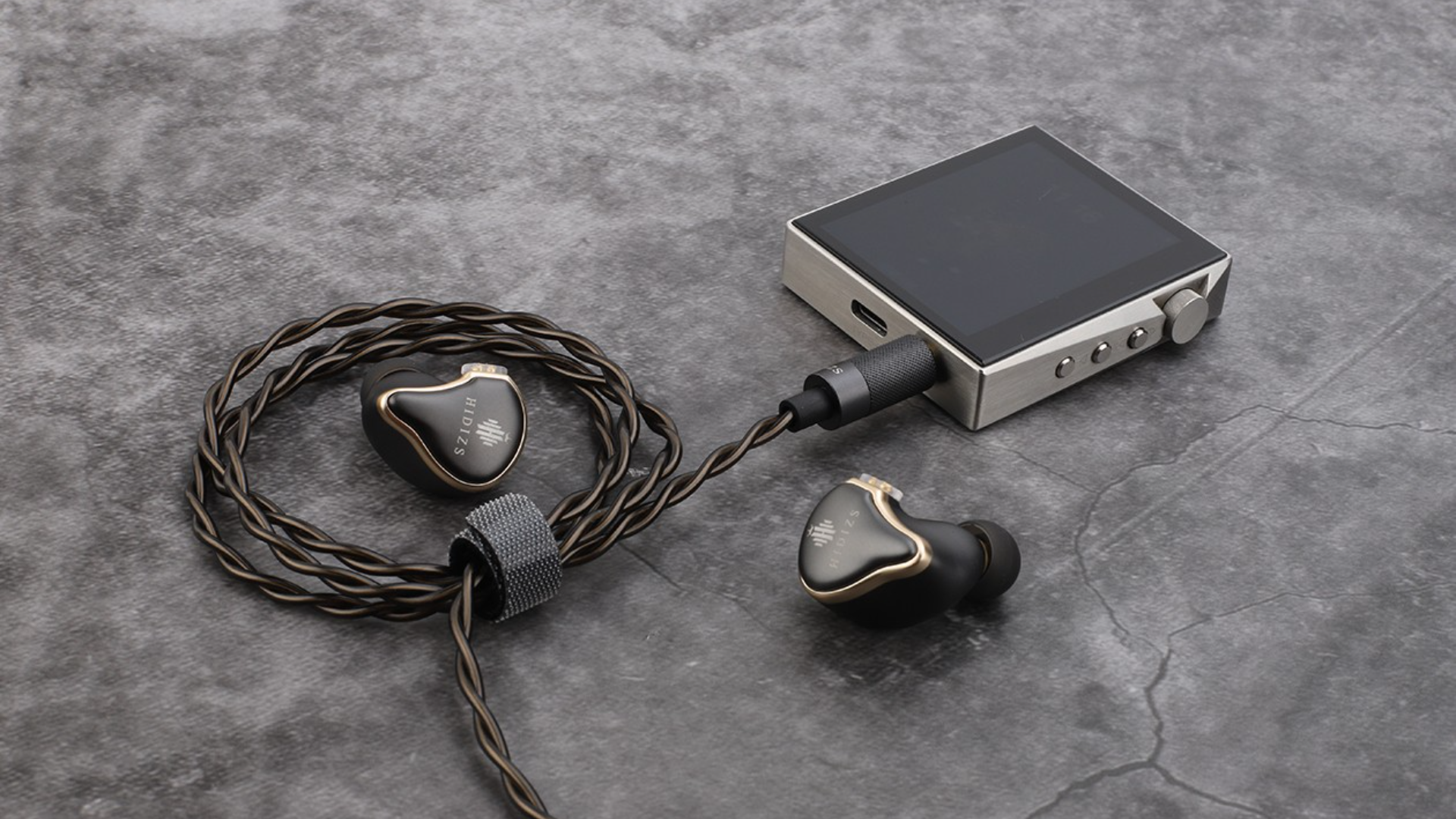 Since the invention of stainless steel, it has been used in countless scenarios, such as in pots and pans, various manufacturing equipment, and even in audio players.

Stainless steel possesses adequate mechanical strength and can be shaped with relative ease, it’s also smooth and corrosion-resistant. Compared to the slightly more delicate copper, stainless steel is more widely used. Earphones with stainless steel voice chambers are denser than ones made with aluminum alloy, and can have mirror-like surfaces to reflect more sound waves, which amplifies bass, but might prove slightly irritating for treble sounds.

In music players, stainless steel units are typically considered to have a solid and powerful sound, better bass, and stronger treble. Unlike copper, which alters sound quality, stainless steel amplifies the strength of sound produced, hence, their application differs (although stainless steel has high mechanical strength, it scratches easily from friction and scraping, so it mainly appears in brushed metal surfaces).

Following in the steps of the standard Aluminum Alloy version and the limited edition Red Copper, Hidizs also has the limited edition AP80 Pro Stainless Steel planned to diversify the tuning styles of our product line. To best make use of the material properties of stainless steel, Hidizs developed a specialized brushing process to reduce scratches and bumps by applying the PVD protective film plating process on the surface of 316L stainless steel - low carbon Austenite (the same material that iPhones are made from), which gives our units a bright yet gentle glow for an exterior which compliments the exquisiteness of its sound. 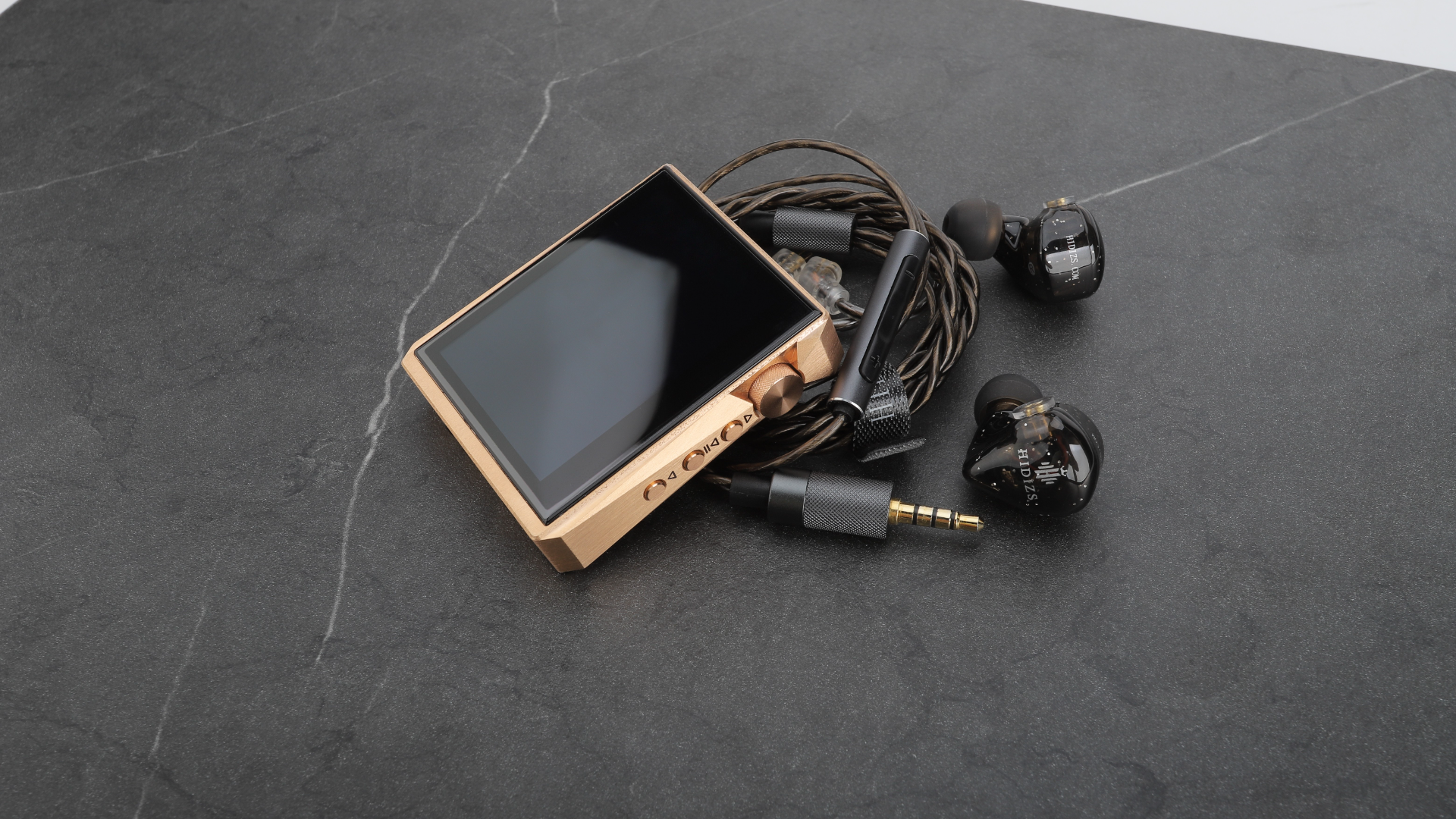 The feedback from diehard Hidizs fans on the stainless steel edition: more rapid low-frequency sounds, more powerful high-frequency extension, and an enhanced sense of speed, such that the sound is more transparent, the timbre is clearer, which creates a greater sense of space - this positive feedback greatly exceeded our expectations. 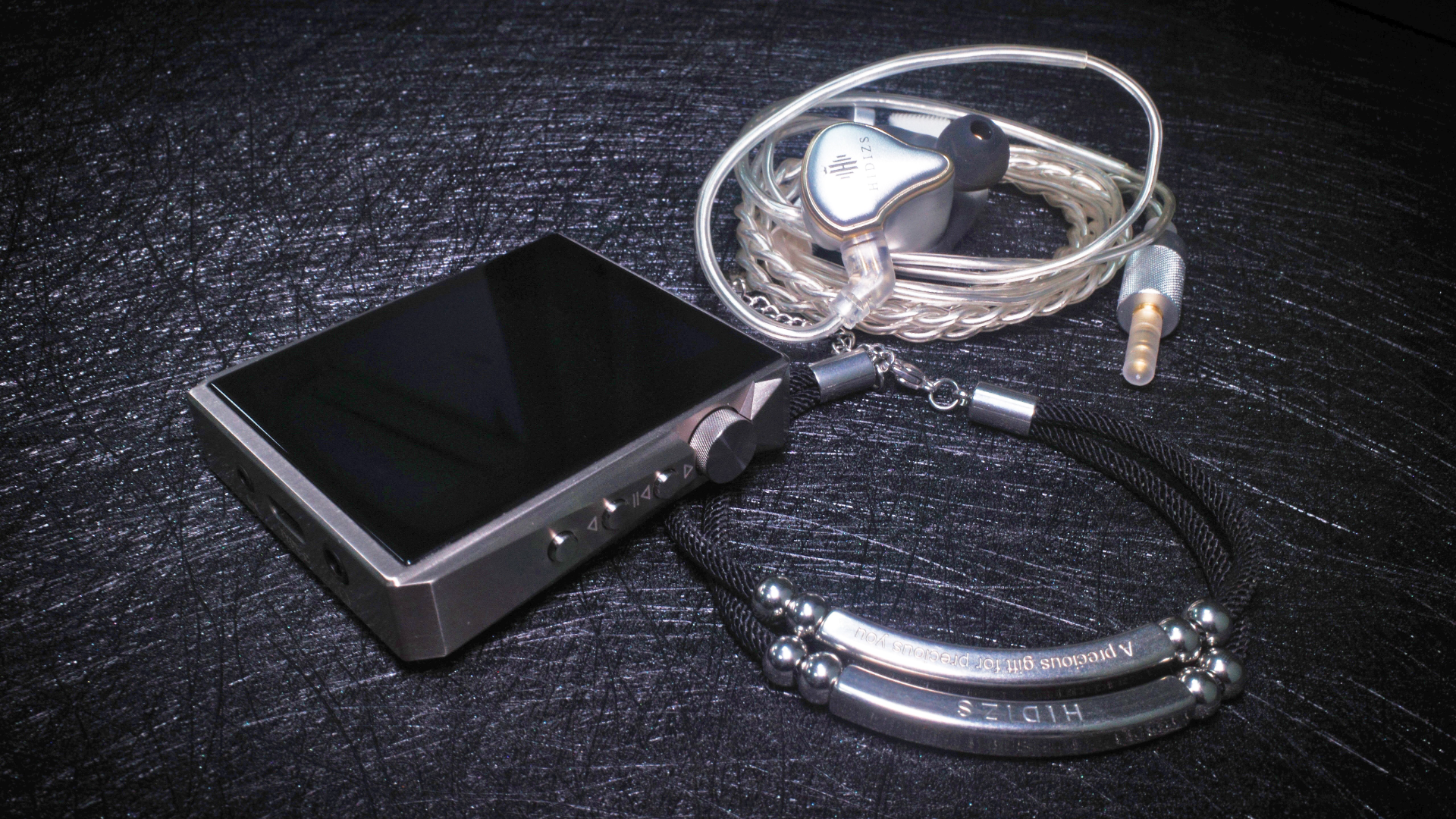 Titanium alloy has been the trendiest of all metals in recent years. It combines the light density of aluminum alloy, the corrosion resistance, and strength of stainless steel, as well as the durability and toughness of pure copper, for better biocompatibility. As such, precision equipment and biocompatible devices (such as artificial joints) are increasingly made from titanium.

In contrast to the coldness of stainless steel and the soft glow of copper, titanium typically displays a negligible luster. It’s highly resistant to high and low temperatures, acid, alkaline, as well as possessing high strength, low density, lightweight. It feels delicate to the touch, yet does not scratch easily. Nevertheless, titanium also has fatal shortcomings, as it is difficult to smelt and can only be produced in scarce quantities due to demanding environmental and equipment requirements for processing, as well as having a complex manufacturing process. For that reason, titanium alloy is rarely used by most brands.

The use of titanium in headphones is generally considered to produce performance quality that falls between aluminum and stainless steel. Strictly speaking, we believe it is closer in performance to stainless steel. Its high-strength frame amplifies sound waves, but it’s not as tough as the mirror reflection of stainless steel, so the timbre is slightly softer, yet it is still more powerful than that of aluminum alloy. The use of titanium alloy in music players produces stronger sound control and impact, exceeding that of stainless steel. Specifically, its high-pitch details are more attention-grabbing, while the low-pitched ones are thicker, and produce human voices more bluntly.

Given that the standard Aluminum Alloy edition, the limited edition Red Copper and Stainless Steel were quickly sold out, Hidizis decided to take its metal processing game to new heights in 2020, by using titanium for even better performance (at an extremely high cost, while facing great manufacturing difficulty) and unveiled a new limited edition Titanium Alloy version of AP80 Pro, with just 399 units was successfully listed, which was snatched up by audiophiles around the world in less than a day, as a testament to the popularity of Hidizs, and the use of titanium alloy in audio devices.

The impact of the materials described above on sound quality is applicable to most headphones, but their impact on audio players is limited to HIDIZS products. The sound quality in other audio products may be different due to variations in circuit architecture, volume, tuning, and other factors. The content of this article should not be used as a reference for the music players of other brands.